Stemming from the traditional Chinese New Year celebrations, the Lantern Festival, also known as the Spring Lantern Festival, is a Chinese festival celebrated on the fifteenth day of the first month in the lunar Chinese calendar. This marks the final day of traditional Chinese New Year celebrations. Over time, it has become the most popular lantern festival and light event in China. As technology has improved, we now use electricity to illuminate the lanterns while using the same traditional lantern making skills. There are many themes that can be used, such as animals, plants, sea creatures, Chinese culture, international architecture, space, history, ancient stories and more. Besides a walk through beautiful lanterns, there are many more elements can be added, including performances, dinosaur rides, lantern playgrounds, authentic food booths, cultural exhibits and more. All the traveling festival activities offer endless fun! Book us for your next event today. 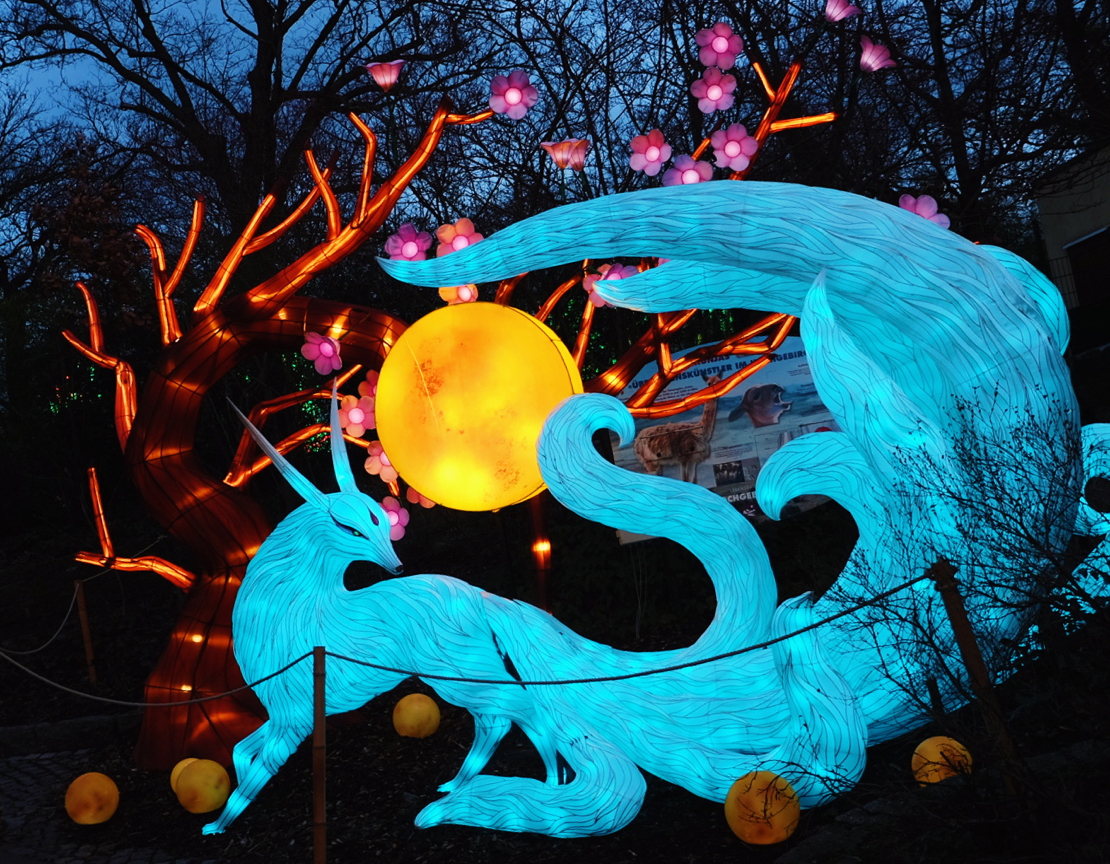 Chinese lantern festival, like some other holidays, has different definitions. For example, a familiar lantern festival for people outside China is Mid-Autumn Festival,
a harvest festival, celebrated notably by Chinese people, meaning a prosperity and reunion on the day with the full moon in the year.

For Chinese people, Chinese lantern Festival usually refers to the spring lantern Festival marked with the final day of the traditional Chinese New Year in ancient time. The formation of spring lantern Festival has a long history. Its root traces back to more than 2000 years ago and is linked to the reign of Emperor Han Ming at the time when Buddhism was growing in China. Emperor Han Ming was an advocate of Buddhism and noticed Buddhist monks would light lanterns in temples on the fifteenth day of the first lunar month. As a result, Emperor Han Ming ordered all households, temples and the imperial palace to light lanterns on that evening. From there it developed into a folk custom. In Sui Dynasty in the sixth century, Emperor Yangdi invited envoys from other countries to China to see the colorful lighted lanterns and enjoyed the gala performances. In Song Dynasty, the festival was celebrated for five days and the activities began to spread to many big cities in China. Colorful glass and even jade were used to make lanterns, with figures from folk tales painted on the lanterns. However, the largest Lantern Festival celebration took place in early 15th century. The festival lasted for ten days. Emperor Chengzu had the downtown area as the center for displaying the lanterns. Even today, there is a place in Beijing called Dengshikou, the entrance of original lantern festival gala. Food during the Lantern Festival time: Tangyuan (South China) or Yuan Xiao (North China) is a glutinous rice ball typically filled with sweet red bean paste, sesame paste, or peanut butter. The Chinese people believe that the round shape of the balls and the bowls in which they are served symbolize family reunion and that eating Tangyuan or Yuanxiao may bring the family harmony, happiness and luck in the coming year. In a word, the Lantern Festival carries people’s expectations for a better life and prosperity of the coming year.

Modern light event is also indispensable when it comes to the development of lantern festival. Zigong, the connotation of Nanguo Lantern City, is located in Sichuan Province, which was formed in Qing Dynasty through Ming Dynasty, has provide a golden opportunity to these light events with its own geographical advantage and humanistic conditions. The reason why Zigong is considered as the origin of modern light is that in 1964, the city government of Zigong City organized the first modern lantern festival since the founding of People’s Republic of China. Since then, annual lantern festival had been held in Zigong forming the unique style of Zigong lantern festival.

In the 20th century, the lantern festival has become an international event. More and more organizations are committed to promoting this unique culture to the world and we are one of the earliest lantern festival hosts overseas. As a traveling exhibit, Chines lantern Festival illuminated in more than 35 cities in Europe and U.S after it was introduced to these places. Local people are also accustomed to its new names such as China lights, Asian Lantern Festival, Dragon Lights and more instead of just Chinese lantern festival which we are familiar with.

In recent years, we have brought this traveling exhibit to more and more cities. The scale of the festival has changed a lot. The style also has changed in various ways such as Cultural theme, Christmas theme, Nature theme, Ocean theme and more.